The problem that I deal with the most is that of wild animals living in people’s attics. Catching the animals is only part of the job. In order to complete the job, I have to find and repair all of the animal damage, and in many cases, clean up after the mess that animals have left behind. When a wild animal makes your attic its home, it also makes your attic its toilet. Most animals leave behind quite a bit of biohazardous waste, in the form of droppings, urine, oils, hairs, and other body wastes, not to mention parasites like fleas or mites. These wastes not only make your attic smell bad, but they can pose a biohazardous risk, and furthermore, serve as an attractant to other animals in the area. Once an animal has lived in your attic and established its scent, that smell serves as a signal to other animals indicating that your attic is a great place to set up a den.

Critter Capture, LLC offers attic cleanup and deodorization services to eliminate this odor and biohazard, thus making your attic a safer place, and eliminating the odor that will attract new animals to your house. The service includes: 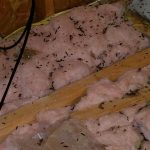 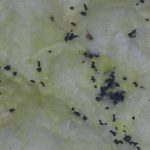 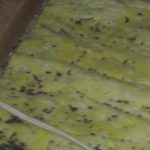 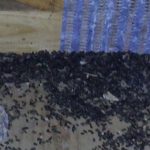 The longer animals have lived in your attic, the worse the mess is, but even short-term attic use can leave behind the telltale odors and pheromones that animals leave behind. I know for a fact that once animals leave their scent behind that it serves as an attractant to new animals. I’ve seen many homes in which people have been animal free for several years, but once the problem starts, it doesn’t just “go away”. This is not only because animals and their offspring return to the same denning grounds, but because of the smell that they leave behind. Rats are notorious for using chemical signals (pheromones) to alert other rats of the good places to go. Other animals do it too. Animals communicate through smells (such as territorial markings with urine). When a raccoon or a squirrel smells other raccoon or squirrel smells emanating from a home or attic space, it will try to get into those areas. Eliminate these attractant odors by having your attic sprayed with an ani-microbial agent. In my years on the job, I have learned to identify each animal’s unique scent, and I know which animals have been using an attic. If I can smell the odor, you’d better believe that the animals, with their far superior sense of smell, can!