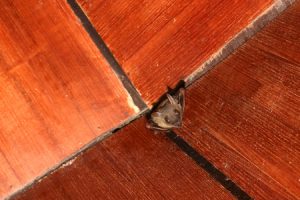 Do you think the average person who is looking to buy a house would want to buy one that was infested with bats? Of course not! Meanwhile, anyone living in a house where there’s one bat, let alone two or more, is going to be uncomfortable, right? Bats are a nuisance when they’re in places they don’t belong.

While bats are great at insect control as they eat up some 600 mosquitoes per hour, they belong outside rather than indoors. Bats in buildings, including homes and apartments, can cause damage and problems.

Bats Don’t Need Much Space to Enter Your Home

Did you know bats can get into a building through a crack or hole smaller than an inch wide? If and when bats enter a building, what are the associated problems?

For starters, bats can spread disease. They’re known to carry rabies. If an infected bat bites you, that’s not good. Furthermore, they can spread spores for Histoplasmosis, which is a big word for a bad lung disease.

Next, there’s such a thing as “bat mites.” Often mistaken for bed bugs, these bat mites like to make humans their host. Yikes!

Also, what about structural damage caused by bats flying around? When they poop, their “guano” and urine can accumulate over time and end up dripping through ceilings. Disgusting, right? This literal fecal waste can ruin your home’s insulation. It can soak through sheet rock and/or particle board. With enough build-up, it could cause parts of your home or building to collapse!

Anyone who values their property knows that bats are an unwelcome nuisance indoors. From the odor of their excrements, to the possibility of bat mites in the home, these are two main reasons a company like Critter Capture gets calls.

Critter Capture specializes in finding the holes in a home or building where bats enter and leave. We get all the bats out of a place. And we clean up their guano and urine, too.

If you’ve got a roosting colony of bats in your building, which could number up to 3,000 by the way, Critter Capture can remove them in an ethical way and make sure they’re not going to come back. Call 251-680-5068 for more information.